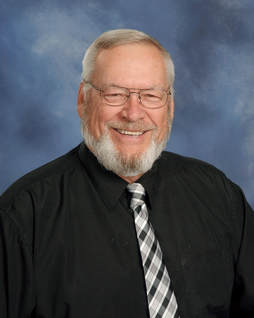 David K Jones and his wife of over 40 years, Sharon, moved to Jamesville and began a ministry at Poplar Chapel on January 4, 2014. He is the Chaplain for the Jamesville Rescue squad and works in many different areas of community service. He is a great supporter of local athletics, as well.
David was previously the preacher of the Northampton Church of Christ for 8-1/2 years. And before that, he was the preacher at the Pole Green Church of Christ in Mechanicsville, VA for 28 years. He received his Four-Year College certificate from Eastern Christian College in Bel Air, MD in 1976 and his B.A. degree from Lincoln East Christian College in Bel Air, MD in 1996.   He also volunteered at the local Rescue Squad as an EMT.
David’s wife, Sharon, has helped out in his ministry in many areas throughout the years. Now, besides being a grandmother, she is the Church Secretary at Plymouth Church of Christ, she also has her own business where she does small business accounting and is a Computer Software Trainer.
David is the son of the late Eddie Jones, who was a well-known gospel writer and singer from the Mechanicsville, VA area. David has 2 older brothers who are also Church of Christ preachers: Ronnie Jones & Gary Jones. Sharon’s father, the late Leland Short, was also a preacher for 50+ years.
David and Sharon have two children:
Daughter Shari Wallace, homeschools her 3 boys and is married to Bobby Wallace, Lead Minister in the New Church Evangelism program, starting a new church work in September, 2017. Shari and Bobby are both graduates of Mid Atlantic Christian University. They have 4 sons & 1 adopted daughter: Luke, Daniel, Josiah, Andrew,  and Robin. .
Son E.L. Jones is the Preacher at the Pole Green Church of Christ, Mechanicsville, VA. He. is a graduate of Mid Atlantic Christian University.   His wife Christie, a graduate of Hollins University, and E.L. have one son and one daughter, Aaron David and Hailey Lynn.
David speaks at many family camps: Hillsboro Family Camp in Hillsboro, OH, the Delmarva Family Camp in Laurel, DE, the Old Fashion Georgia Family Camp and the Family Camps in PA & NY. David initiated the starting of a Family Camp in the Mechanicsville area and directed it for five years. He also speaks at Men’s Meetings and different church Revivals through-out the country.

Jessica Price  began as Children's Director at Poplar Chapel in August of 2018. Her work is with the three  to nine year olds.   Jessica teaches, helps the kids with crafts, and plans monthly activities and other  special events.  She coordinates the volunteers who help with the Nursery and  Children's Church that meet during the worship hour.   In addition to teaching and scheduling, she assists the other workers by  providing curriculum materials.
Jessica is married to Edwin Price and they have two children, Eli and Emma, and lots of animals.  She is an ER nurse
Jessica Price, Children's Director
252-792-6947  (Church)
poplarchapel@gmail.com 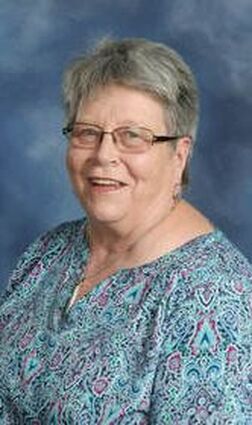